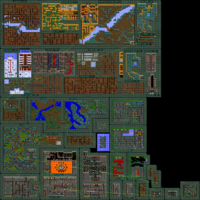 Many years ago, the Yasnaki Brotherhood was very powerful, and held much of the land under its power. However, because of their desire to destroy the Grand Order of Thaumaturges in Mu, they attempted to summon a Dragon, and were defeated…or so it was believed. After the disaster, a few of the Brotherhood managed to escape and establish a colony in the Underkingdom. To insure that their power base was not disturbed, they destroyed the portal to the Underkingdom. Once this was done, the Yasnaki began to rebuild, terrorizing the inhabitants of the realm, and doing what they do best, which is destroy. continue reading...